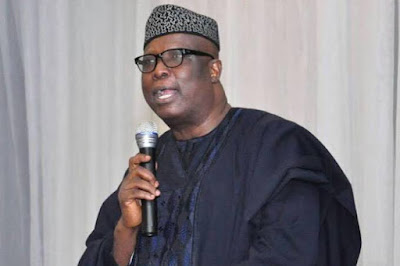 Ojudu, in a statement, also condemned the calls on President Muhammadu Buhari to resign.

A release by Kingsley Chinda, on behalf of the PDP caucus in the House of Representatives, had urged constituents to compel their lawmakers to commence impeachment process against the President.

Ojudu described the PDP comment about Osinbajo as mischief.

He recalled that as vice presidential candidate of the APC, Osinbajo tweeted at a time when Nigeria was facing one of its darkest periods due to incessant terrorist attacks in some parts of the country, including the FCT.

“In fact, at the time the tweet was done on February 8, 2015, the then Federal Government had said it could not guarantee the security in parts of the country for the election to hold and actually elections were postponed because of that stance of the Jonathan Presidency.”

Ojudu lamented that the opposition had disingenuously twisted it out of context even insinuating as though it was a recent tweet.

The presidential aide clarified that Osinbajo never said such in relation to Buhari.

He stressed that Buhari never admitted that he had lost the capacity to guarantee the security of lives and property.

“As the president noted concerning the senseless murder of hardworking farmers in November by terrorists in Zabarmari community in Jere Local Government Area of Borno State, the Nigerian Armed Forces will continue to be given all the needed support to take all necessary steps to protect the country’s population and its territory.”

Ojudu told Nigerians to ignore the misrepresentation and misleading narrative by the PDP House of Representative Caucus.

The All Progressives Congress (APC) chieftain added that it was meant to cause disaffection.