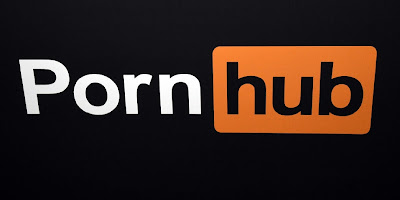 Mastercard has directed the third-party financial institutions that connect P0rnhub to its network to no longer complete transactions between the two entities starting today.

Mastercard took the decision after “unlawful content” was found on the world’s most popular adult websites.

P0rnhub has come under fire from the public and Congress since the New York Times published that the adult website hosted and monetized videos of se..xual assault, revenge p0rn, and child abuse.

“Our investigation over the past several days has confirmed violations of our standards prohibiting unlawful content on their site,” Mastercard told Forbes in a statement.

Mastercard added that the company will continue to investigate the content on other sites it has ties to.

Earlier this week, both Mastercard and Visa announced they were launching independent investigations into P0rnhub.

Visa is still looking into the allegations but announced that, for the time being, they too would suspend P0rnhub’s acceptance privileges until the investigation is complete.

The adult website’s business could be left strangled if more companies follow in Mastercard and Paypal’s footsteps to cut ties with P0ornhub.

However, P*rnhub’s website appears to have not yet been updated—on Thursday afternoon, it still stated it accepts Visa, Mastercard, Discover, and JCB as forms of payment.

The adult website has also responded to the allegations.

P*rnhub, on Tuesday, said it would overhaul how it operates, only allowing verified users to post content, banning downloading from the platform, and expanding moderation.

But on Wednesday, a bipartisan group of senators introduced a bill that would allow victims to sue websites like P**rnhub for hosting illegal content depicting them.

“We shouldn’t have to pass a law to keep companies from profiting by sharing, without consent, intimate images. But we do,” one of the bill’s co-sponsors, Maggie Hassan (D-N.H.), said in a statement Wednesday.

“The harm that these companies cause is extraordinary, lasts a lifetime, and should be unthinkable.”