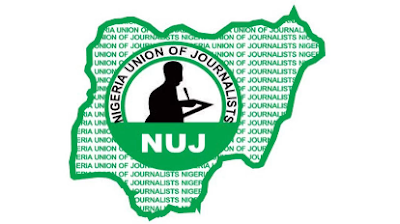 The South-West Zone of the Nigeria Union of Journalists, NUJ, has raised alarm over the increasing cases of banditry and kidnapping in the region

The union in a communique issued at the end of its meeting held in Ado-Ekiti, Ekiti State at the weekend, urged the South-West Security outfit also known as Operation Amotekun to brace up on the challenge of insecurity in the region and bring it to an end.

In the communique signed by the Vice President of the union, Mr Cosmas Oni and the Zonal Secretary, Bamigbola Gbolagunte, the union urged the governors of the six states of the region to equip members of the Amotekun Corps for efficient service delivery.

The union also lamented the deplorable condition of roads in the South West region and called on the governments of the six states to rehabilitate the deplorable roads.

It also urged Nigerians to always comply with all COVID-19 precautions, while the federal government should also fast track actions on the provision of COVID-19 vaccines.

The union also enjoined the federal government to remove the tariff on newsprint to make newspaper production easy and reduce the financial burdens of newspaper industries.