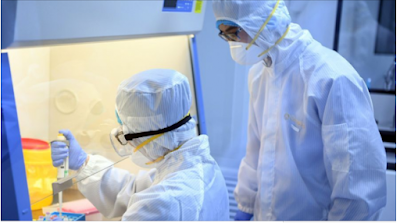 Nigeria on Thursday recorded 675 new COVID-19 cases, its highest since 23 August when 601 cases were reported.

The highest number ever recorded since February when an index case arrived from Italy was 745 on 19 June.

Since 1 December, the nation has been reporting numbers in excess of 300 infections, capping it on Wednesday with 550 cases.

Officials feared the trend may be indicative of the beginning of a second wave of the disease.

Six persons, according to NCDC data also died in the last 24 hours.

Lagos lost two persons to record its 229th death since the pandemic began.

One person died in Edo, raising the state death toll to 113.

Ondo, Kwara and Kano also lost one person each, making the death toll hit 1,190, from 1184 on Wednesday.

Data released by the NCDC on Thursday showed that Abuja FCT recorded the highest number of the 675 new cases reported.

Kaduna, which has been returning high numbers since 1 December also reported 85 cases.

Nigeria’s tally of cumulative infections is now 71.344, while 65,474 people have been discharged.

The number of discharged, included the 232 asked to go home on Thursday.

Here is a breakdown of Thursday’s cases