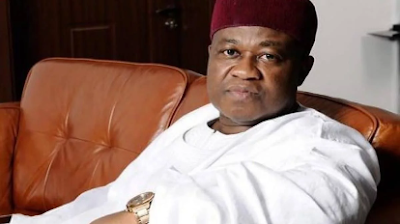 The Government of Niger State has commiserated with Etsu Nupe, Alhaji Yahaya Abubakar, over the death of Mr Sam Nda-Isaiah, Chairman and Publisher of Leadership Newspapers.

Nda-Isaiah died in Abuja on Friday after a brief illness.

The state Secretary, Alhaji Ahmed Matane, in a condolence message by his Information Officer, Tanko Lawal in Minna on Saturday said Nda-Isaiah would be remembered for his die-hard disposition to fighting the ills of the society.

According to him, Nda-Isaiah‘s death is a great shock not only to the media community but to the entire country, describing him as ‘‘an amiable and humble person’’.

“On behalf of His Excellency, Alhaji Abubakar Bello, Governor of Niger State, the government and people of the state, I want to convey my sincere and heartfelt condolences to the family of late Nda-Isaiah, Chairman and Publisher of Leadership Newspapers,” he said.

Matane also prayed that the good Lord would grant the soul of the deceased eternal rest and give the entire family, friends, and political associates he fortitude to bear the irreparable loss.