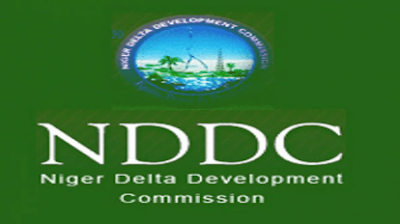 Youths in the Niger Delta, under the aegis of Niger Delta Youths Movement, NDYM, have raised alarm over the prolonged forensic audit of the Niger Delta Development commission, NDDC, which started in October 2019.

They called on the presidency to give a timeline when the ongoing audit would be concluded in order to forestall renewed agitation.

The National President of the group, Mr Joe Jackson, in a statement in Uyo on Friday, pointed out that the people of the region had already started getting worried.

He stressed that the presidency should give a timeline when the people would expect the results in order to ease the tension and avert renewed agitations regarding the operations of the NDDC.

According to him, “The attention of the Niger Delta Youth Movement has been drawn to reactions over the ongoing forensic audit of the Niger Delta Development Commission (NDDC) which was ordered by President Muhammadu Buhari in October 2019.

“I want to say without equivocation that we (NDYM) strongly support Mr. President’s decision to reposition the interventionist agency for the benefit of people of the Niger Delta region. We, therefore, urge the presidency to give timeline for the conclusion of the forensic audit and when the result of the audit would come out.

“This will help to ease the tension in the region. Already there is renewed agitation for reconstitution of substantive governing Board for the agency, as well as publication of the forensic audit result from the region.

”They (Presidency) should be specific on the duration of the assignment, it cannot last forever. They should be able to say if it is going to be concluded, within the next six months, or one year.”

He also commended President Buhari for appointing Mr Effiong Okon Akwa, the acting director of Finance and Administration, to oversee the affairs of NDDC pending the completion of the forensic audit.

“NDYM has confidence in his capacity to lead the NDDC to achieve success in the forensic audit exercise. We believe that he will not let you down in the responsibility you entrusted in him,” the statement added.