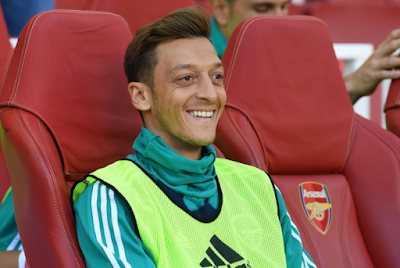 Arsenal are set to offload playmaker, Mesut Ozil, out in a shock move to Juventus on a six-month loan, according to Italian newspaper, Tuttosport.

The Premier League club are willing to subsidise Ozil’s mammoth £350,000-a-week salary to help seal the deal with Juventus in the January transfer window.

Ozil’s agent has also been in contact with the Serie A champions over a potential free transfer in 2021.

The move would reunite Ozil with his former Real Madrid team-mate, Cristiano Ronaldo, at Allianz.

Ozil has not played for Arsenal under manager, Mikel Arteta, since football resumed after the COVID-19 lockdown.

The ex-Germany international joined Arsenal from Real Madrid in the summer of 2013 under the regime of former Gunners manager, Arsene Wenger.