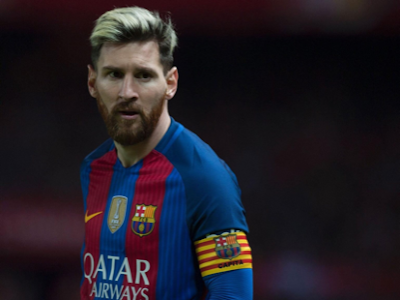 Barcelona captain, Lionel Messi, has admitted he has dreams of playing in another league like the Major Soccer League (MLS).

However, the 33-year-old says he will only make a decision on his future at the end of the season.

Messi came close to leaving the Nou Camp after handing in a transfer request in the summer, but reluctantly decided to stay at the club.

Barca’s former president, Josep Maria Bartomeu, insisted that Messi’s €700m release clause had to be met for him to leave.

With his contract expiring in June 2021, he continues to be linked with Manchester City and Paris Saint-Germain.

However, in a new interview with La Sexta, the Argentina superstar said: “Nothing will be crystal clear before the end of the year. I’ll wait until the season is over.

“What matters now is thinking about the team, finishing the year well and not being distracted by other things.

“I don’t know what will happen. I’m focused on what we have here and battling for whatever we can.

“I’m not thinking about how the year will end. As of today, it wouldn’t be wise for me to say what I’m going to do because I don’t know.”

While he refused to be drawn on his potential next destination, Messi did say he would one day like to play in Major League Soccer.

“I’ve always had the dream of playing in another league, in the United States,” he added.

“Maybe it will happen, doesn’t have to be right away. Today I am just focused on these next six months.”