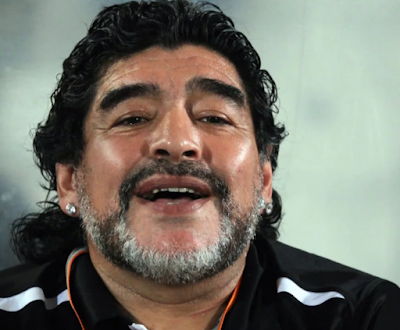 Diego Maradona’s autopsy has shown the Argentina legend had no alcohol or narcotic drugs in his body when he died, ESPN reports.

Maradona died on November 25 at the age of 60, two weeks after being released from a Buenos Aires hospital following brain surgery.

Earlier this month, a preliminary autopsy revealed that he died in his sleep of acute pulmonary oedema, a build-up of fluid in the lungs due to congestive heart failure.

The latest toxicological report, however, detected no alcohol or illegal substances, except the presence of psychotropic drugs used to treat anxiety and depression.

The autopsy also indicated that aside from the heart and lungs, Maradona’s kidneys and liver were damaged.

The report also revealed that the heart of the 1986 World Cup winner weighed almost twice that of a normal heart.

Maradona’s lawyer, Matias Morla, had requested a full investigation regarding the circumstances of the football legend’s death, criticising what he said was a slow response by emergency services.