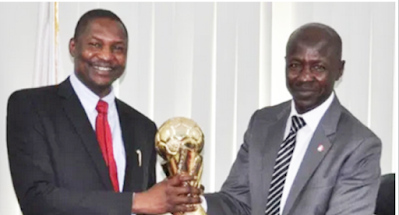 One would expect that political appointees under the same government would have their issues resolved in-house, but not with some of those who work with President Muhammadu Buhari. For many Nigerians, it was an unusual experience seeing Buhari’s appointees, agencies stand in opposition against each other, and some of them even took this to the public space.

Here, we take a look at some of the appointees who had one or two issues to sort with each other earlier in the year.

The trouble for Ibrahim Magu, suspended chairman of the Economic and Financial Crimes Commission (EFCC), started when Abubakar Malami, attorney-general of the federation (AGF), raised a memo accusing him of corruption. He was also alleged to have refused to subject himself to the supervision of the office of the AGF.

A panel, headed by Ayo Salami, former president of the appeal court, was then set up to investigate the former EFCC boss after Malami recommended his removal.

Arrested on July 6 and whisked before the presidential panel, Magu was detained for 10 days at the force criminal investigation department, Abuja. Magu’s lawyer had pointed accusing fingers at Malami and when he was released from detention, Magu described his plight as a “case of dog eats dog”.

Magu denied all the allegations against him and asked the panel to summon the AGF to provide evidence of corruption against him. Malami had initially agreed to testify against Magu but he didn’t. He also issued statements debunking the claims that he was seeking vendetta.

In May, Abike Dabiri-Erewa, chief executive officer (CEO) of the Nigerians in Diaspora Commission (NiDCOM), and Isa Pantami, minister of communications and digital economy, took on each other on Twitter. In a video tweeted by NiDCOM, Dabiri-Erewa accused Pantami of ordering gunmen to throw outstaff of her commission from an office that the Nigerian Communications Commission (NCC) gave them.

According to Dabiri-Erewa, “in one year, we don’t have an office. The office we got, given to us by NCC but we were actually driven away by the honourable minister of communications and digital economy, Mr Isa Pantami, within two days, they drove us out with guns and what happened? The place was given to us by NCC”.

“The minister has never given that directives to any gunman,” he said via Twitter.

The NCC came in to also deny Dabiri-Erewa’s claims.

But NiDCOM immediately countered NCC’s claim and tweeted another video showing some of its staff who were “locked out” of their office.

The agency also said the “notice of evacuation was given via a text message on February 9”.

Again, Dabiri-Erewa would come back for Pantami, accusing him of disrespecting women.

“An Islamic scholar should not lie, Hon. Minister,” she said, adding that; “Your disrespect for women is legendary.”


Chris Ngige, minister of labour and employment, and Adebayo Somefun, managing director of the Nigeria Social Insurance Trust Fund (NSITF), had a running battle that eventually led to the suspension of Somefun. In a letter dated July 1, 2020, and addressed to Somefun, Ngige said the president had approved the suspension of the management Somefun heads over “misappropriation and other gross misconduct.”

Somefun was instructed to hand over to the most senior official in the board, and face a panel that would investigate procurement dealings of the agency from 2017 to 2020.

But Somefun resumed at his office, saying the president did not give such instruction.

He also said the minister’s action is against Buhari’s directive, through the secretary to the government of the federation that no minister should suspend, or purport to sack any head of agency appointed by the president. But after the back and forth between both men, which led to a combative argument between Ngige and James Faleke, a member of the reps committee which summoned the minister over the issue, Somefun had to heed the suspension terms. 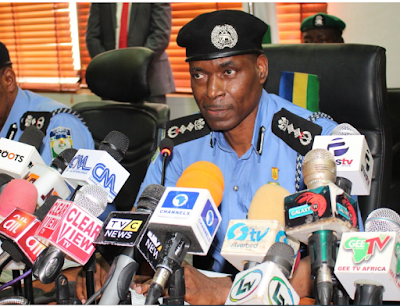 So, who has the constitutional powers to recruit into the Nigeria police force? This question would form the basis of the “fight” between the police service commission (PSC) and Mohammed Adamu, the inspector-general of police (IGP).

After the IGP had recruited 10, 000 constables, the PSC headed to the court to challenge the recruitment.

A federal high court had first dismissed PSC’s suit as lacking in merit. At the appeal court, however, the judgement came in favour of the PSC and the appellate court nullified recruitment of the 10,000 constables by IGP.

Well, the IGP has since filed an appeal before the supreme court seeking to upturn the appellate court’s verdict. Both sides have been issuing statements and counter statements, highlighting the perceived shortcomings of the other. 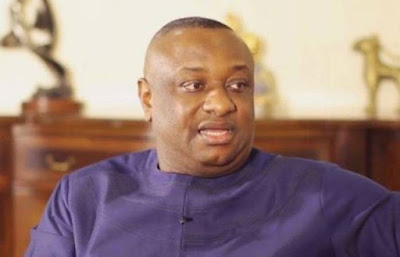 The issue started with the 774,000 jobs President Muhammadu Buhari had asked Festus Keyamo, minister of state for labour and employment to execute. The minister and the national assembly committees on labour and employment had slugged it out over the legislature’s attempt at “dictating the process” of the programme.

The national assembly committees said Keyamo should not superintend the programme, and they were already making an alternative plan with Nasir Ladan, director-general of the National Directorate of Employment (NDE), to implement the public works programme, which will see the employment of 774,000 citizens.

When it appeared the DG was on the side of the lawmakers, Keyamo, in a warning note, asked him not to ”do anything or take any step regarding the preparation and actual execution of the special public works programme without” his express approval in writing.

Not surprising, on December 8, Ladan was fired and Keyamo was directed to nominate an acting director-general for the agency.

Weighing in, the national assembly called on the president reconsider and rescind his decision on the sack.

What an interesting year it has been!