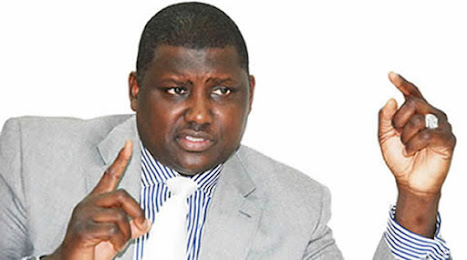 An Economic and Financial Crimes Commission’s prosecution witness said on Tuesday that a former chairman of the defunct Pension Reformed Task Team, Abdulrasheed Maina, operated briefcase companies with N3bn turnover in their accounts without engaging in any business.

The anti-graft agency is prosecuting Maina before the Federal High Court in Abuja on charges of money laundering involving N2bn.

The ninth prosecution witness, Rouqayya Ibrahim, who is an investigator with the EFCC, said her team conducted “a concealed income analysis of the defendant.”

She said the investigation showed that Maina’s company accounts had N3bn turnover when he could not have been able to legitimately save more than N109m if he had received his last salary of N256,000 continuously for 35 years without spending a dime from it.

The witness said, “Regarding his known income which is his salary, we discovered that his last payment which was in February 2013 was N256,000 and part of the concealed income analysis we did was that should the defendant have earned or was paid this sum pay month, for 35 years as a civil servant without spending a single kobo of the salary he would he would have only received N109m for the 35 years without spending a single kobo and we compared that with the result of our concealed income and net worth analysis and discovered that he had an estimate of at least N3bn of known income from illegitimate source.”

Earlier on Tuesday, Justice Okon Abang rejected defence lawyer’s request for an adjournment to enable him to prepare better for the case.

The request for adjournment was opposed by EFCC’s prosecuting counsel, Mr Faruk Abdullah.

The judge upheld the objection.

He ruled that contrary to the claim by the lawyer, Anayo Adibe, the defendant’s right to fair hearing was not under any threat.

Justice Abang noted that Maina had not been appearing in court since the matter resumed on September 29, until when he was brought on December 4 after he was arrested based on the arrest warrant issued by the court.

The judge, had before adjourning the matter on December 4 till Tuesday,  ordered Maina to be remanded in a correctional centre.

The judge made the remand order after the defendant, who was said to have jumped bail and fled to Niger Republic, was extradited to Nigeria.

The trial continues on Wednesday.