‘Lockdown 2.0’ — Buhari’s aide hints at another restriction of movement amid second wave of COVID-19 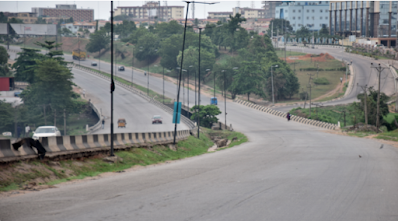 Bashir Ahmad, personal assistant on new media to President Muhammadu Buhari, has hinted at the possibility of another lockdown in the country.

Amid the surge in COVID-19 cases, some state governments have banned large gatherings and also ordered the shut down of event centres and clubs.

These were measures taken before the federal government ordered a nationwide lockdown in March.

In a tweet on Monday, Ahmad hinted at the possibility of another restriction of movement.

According to the Nigeria Centre for Disease Control (NCDC), the number of confirmed COVID-19 cases in the country are 78,434 — while 68, 303 have been discharged.

On December 17, a total of 1,145 cases were recorded in a single day — the highest daily toll ever.

Lagos remains the worst hit with over 26,700 cases. Babajide Sanwo-Olu, governor of the state, has contracted the virus and he is currently being treated.

Globally, over 77 million COVID-19 cases have been recorded out of which more than 1.7 million infected patients have died.

Several countries have imposed another round of lockdown to contain the spread of the virus.

On Monday, the Saudi Arabian authorities suspended international flights for a week over a new strain of COVID-19.