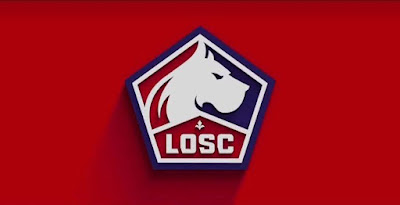 Gerard Lopez has sold Ligue 1 leaders Lille to Callisto, a subsidiary of the Merlyn Partners investment fund, a source close to the club told AFP on Friday.

The new owners have installed Olivier Letang, a 48-year-old former sporting director at Paris Saint-Germain and president of Rennes, as CEO.

They finished 11th in the table that season, dropped to 17th the following year but have since finished second and fourth.

This season they lead the league after 15 matches and have progressed from the group stages of the Champions League for only the second time, the previous occasion was in 2006.

“I have achieved my goal and I believe that it is now time for a new owner to take over and for me to concentrate on other sporting endeavours,” said Lopez in a statement issued by the club.

He borrowed more than 225 million euros (275 million dollars) from Elliott Management during his first months in office. He was pushed towards the exit by the American investment fund, to which he had repaid less than half of this sum.

“Given the recent difficulties in Ligue 1 and in particular the uncertainty surrounding the TV rights contract for the French championship, it is important that the LOSC is owned by a reputable owner with recognised financial strength such as Merlyn,” Lopez said.

Luxembourg-based Merlyn said in the statement that it focused on “long-term” investments in European assets.

It said Lille’s “outstanding debt will be significantly reduced and new equity will be injected into the club.”

Merlyn said it had hired Letang as CEO because it wanted “to build a new, experienced and strong leadership within the club.”

Under Letang, Rennes beat PSG in the French Cup final in 2019 for their first trophy in 48 years. When Letang left the club in February, saying it was against his wishes, Rennes were third in Ligue 1. They ended the coronavirus-curtailed season still in third, their highest top-flight finish.

He is a former second division midfielder who was described by former colleagues as a workaholic and an unyielding but highly competent boss. He has a reputation for feuding with the coaches he hires.

“My intention is for the club to reach its full potential and I will ensure that LOSC is well managed from a sporting and financial point of view,” Letang said in the Lille statement.