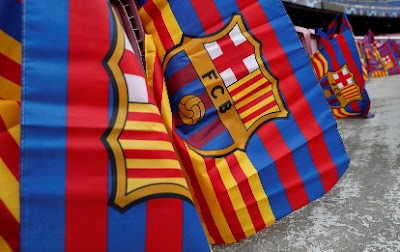 Barcelona has confirmed that midfielder, Philippe Coutinho, has suffered an injury to the lateral meniscus in his left knee ahead of their away La Liga clash against Huesca this weekend.

Coutinho, 28, sustained the injury during Barcelona’s 1-1 home draw with Eibar in the La Liga on Tuesday night at Camp Nou.

The Brazilian international came on in the 66th minute against Eibar in place of Miralem Pjanic but was unable to complete the match due to his injury which he picked up in injury time in the second half of the encounter.

Barcelona disclosed this in a statement via its official website on Wednesday.

“The tests carried out on the first team player Philippe Coutinho have shown that the midfielder has an injury to the lateral meniscus in his left knee.

“Treatment will necessitate arthroscopic surgery which will take place in the coming days,” the statement read in part.

Coutinho has made 14 appearances for Barcelona so far this season, scoring three goals and providing two assists.