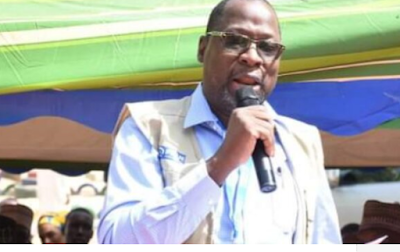 Plan International, a non-governmental organisation focused on girls’ rights, says the Nigerian government has not learnt from past experiences.

Making references to the abduction of over 200 schoolgirls from Chibok in 2014, and a similar incident in Dapchi Secondary School in 2018, the organisation said government should have put in place adequate security to prevent the attack that occurred in Katsina over the weekend.

Gunmen had, on Friday, attacked Government Science Secondary School, Kankara, Katsina, with over 300 students still missing as of Sunday afternoon.

Hussaini Abdu, Plan International’s country director in Nigeria, said the government should have learnt from previous incidents and put in place security measures to ensure safety in schools.

“The abduction of students of Government Boys Science Secondary School in the Kankara Local Government Area of Katsina State by unknown abductors in an unfortunate indication that the nation and government has not learnt from the unfortunate incidents of abduction of 276 girls from the Chibok Secondary School in Borno State in 2014 and another set of 110 girls at the Government Girls’ Science and Technical College. Dapchi, Yobe State in 2018,” he said.

“Following the two previous incidents and other occurrences of kidnap of students in boarding schools across the country, the Nigeria government by now should have put in place adequate security arrangements to ensure safety of children learning and kept in the care of schools and education authorities everywhere in the country, especially in such locations susceptible to attacks by non-state armed groups.”

According to Abdu, Nigeria is one of the first countries to endorse the Safe School Declaration on May 29, 2015, where governments promised to ensure protection and continuation of education in conflict situations.

He called for a headcount of the students to determine how many of them are missing, and urged governments at all levels to ensure the safe return of the missing students.

“It is time that the governments at both federal and states across the country prioritise ensuring protection of schools, and also build capacities of communities to protect schools as well as in early warning signals,” he said.

“It is unacceptable that students in our schools are still being abducted and the whole nation appears helpless.”