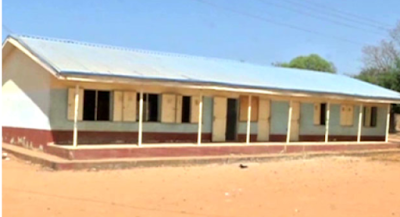 The gunmen who attacked Government Science Secondary School, Kankara, Katsina state, have reportedly contacted one of the parents of the abducted students.

According to Kadaria Ahmed, media personality, Abdul Labaran, spokesman of the Katsina government, disclosed this in a chat with RadioNow FM.

She quoted Labaran as saying the gunmen have asked the parents to start making preparations for ransom to facilitate the release of the students.

Labaran also reportedly said the gunmen also asked the parent to warn security operatives to stop the surveillance of their hideouts to guarantee the safety of the students.

“Abdul Labaran DG Media for the Katsina govt just told @RadioNow953FM gunmen who abducted Kankara Students have phoned a parent and told him to begin gathering ransom money and asked him to tell the military to desist from air surveillance of their hiding place or else,” Kadaria tweeted.

But the defence headquarters has said the military action will continue despite talks with the suspected bandits by the state government.

When  he featured on a Channels Television programme on Monday night, John Eneche, defence spokesman, said the military operation to rescue the kidnapped students is ongoing.

,“You don’t stop whatever efforts you are putting up militarily for what we call the non-kinetic (or) the other approach. No, you don’t stop, all of them go concurrently,” he said.

“The troops and other security agencies have been adequately deployed to ensure that they (the students) are rescued alive, that is the most important thing for us. And that is what we have for the general public that there is hope, we need them out alive.”

Gunmen had stormed the school on Friday night and abducted the students.