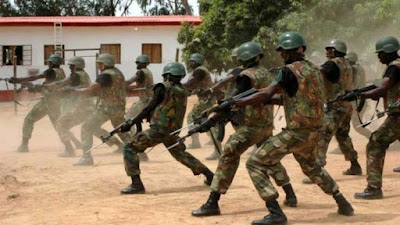 Days after arresting some suspects linked to the killing and counter-killing in Jema’a local government area of Kaduna State at the weekend, another arrest was made by troops on Tuesday, 1st December 2020.

In a statement on Wednesday, Commissioner, Ministry of Internal Security and Home Affairs, Mr. Samuel Aruwan said Special Forces operating under the auspices of Operation Safe Haven (OPSH) arrested a prime suspect linked to the counter-killing in which six persons were died at Ungwan Bido, after the killing of one herder at Ungwan Pah in the same local government area.

”An operations update from the military informed the Kaduna State Government, gave details on how it nabbed the suspect, Habu Hussaini, upon receipt of intelligence that he was sighted at Jagindi Crossing in the same local government.

“Hussaini used a machete to attack Special Forces who tried to arrest him. He was subsequently demobilized and arrested.

“It would be recalled that one Isyaka Saidu, a herder, was killed on 28th November 2020 at Ungwan Pah. The counter-killing of six persons, Silas Mamman, Malaki Tabat, Geoffrey Andrew, Anna Ahmadu, Sunday Tagwai and Fidelis Musa at Ungwan Bido followed in the early hours of 29th November 2020.

“A second herder, one Abubakar Alhassan was also killed in another counter-killing on 29th November 2020, following the killing of the six persons.

“According to reports from the military, the following suspects linked to the killing and counter killing have been handed over to the police for further investigation and prosecution: