Juventus vs Atalanta: Cristiano Ronaldo reacts after missing penalty in Serie A 1-1 draw 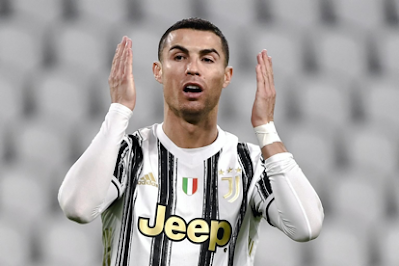 Juventus forward, Cristiano Ronaldo has reacted to his side’s Serie A 1-1 draw against Atalanta on Wednesday night.

Ronaldo missed a penalty against Atalanta as Andrea Pirlo’s failed to beat the visitors at home.

A first half goal from Federico Chiesea and a second half goal from Remo Freuler ensured both Juventus and Atalanta got a point each at the Allianz Stadium.

Reacting, Ronaldo urged his teammates to recover well and focus on their next Serie A fixture against Parma on Saturday.

According to him, the outcome of the match was not what Juventus wanted.

Ronaldo wrote on Twitter, “Not the result we wanted, but now it’s time to recover well and focus on the next game!”

The result means Juventus are now in the third position on the Serie A table with 24 points from 12 games.