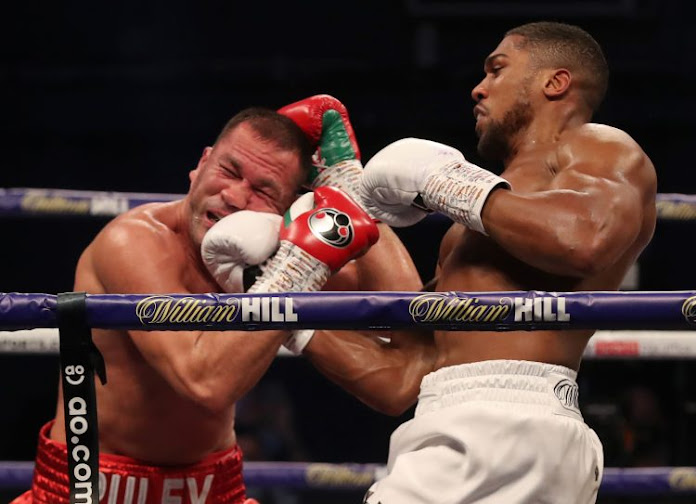 Heavyweight champion, Anthony Joshua says he is ready for a unification bout with Tyson Fury after demolishing challenger, Kubrat Pulev on Saturday night.

Joshua brutally knocked down Pulev twice in the ninth round. He also brought him down earlier in the third round.

Speaking with Sky Sports, Joshua said: “I’m up for anything. Who wants to see Anthony Joshua box Tyson Fury in 2021? I started this game in 2013 and I’ve been chasing the belts ever since.

“Whoever has got the belt, I would love to compete with them. If that is Tyson Fury then let it be Tyson Fury.”

Also, Joshua’s promoter Eddie Hearn said “Starting from tomorrow, we make the Tyson Fury fight straight away. It’s the only fight to be made in boxing. It is the biggest fight in British boxing history.

“I know he (Joshua) wants it, He is the best heavyweight in the world, I promise you. He’ll break him down, he’ll knock him out.”