Identities of people killed during #EndSARS protest will be revealed soon, says Falana 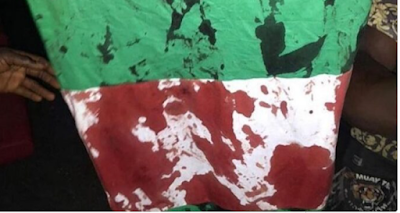 Femi Falana, foremost human rights lawyer, says the identities of people brutalised or killed during the #EndSARS protest across the country will soon be revealed.

In October, the #EndSARS demonstrations held across the country, with young people calling for an end to police brutality and extra-judicial killings.

The protest later led to violence, looting, loss of lives and properties across the country.

Speaking during the convocation lecture of the Ekiti State University on December 16, Falana asked President Muhammadu Buhari to prohibit armed soldiers from getting involved in the maintenance of civilian demonstrations.

“A few days ago, President Muhammadu Buhari publicly acknowledged that aggrieved citizens have the fundamental right to exercise their freedom of expression through peaceful rallies, marches and protests,” Falana said.

“However, the president warned hoodlums not to hijack such protests. But to the utter embarrassment of the federal government, some commissioners of police announced a ban on protests and any other form of public meetings in many states.

“Not only were unarmed protesters not protected during the recent #EndSARS protests, they were violently attacked by hired thugs. Since the hired thugs were not arrested, hoodlums hijacked the protests and unleashed mayhem on the society. In the process, properties worth billions were destroyed. Over a hundred protesters were killed by the army and the police. The members of the political class who use the area boys as thugs during elections should be held liable for allowing them to metamorphose into hoodlums during protests.

“Permit me to assure the Nigerian people that the identities of those who were seriously injured and brutally killed in Abuja, Ogbomoso, Benin, Port Harcourt, Lekki and other parts of Lagos will soon be revealed. It may interest the public officers who are dancing on the graves of the slain protesters that the bereaved families are quietly shedding tears over their irreparable losses.

Falana further berated governors for failing to supervise security agencies operating in their states over what he described as the “erroneous belief” that internal security is the exclusive responsibility of the federal government.