I want Joshua next, I’ll knock him out inside 3 rounds – Tyson Fury boasts 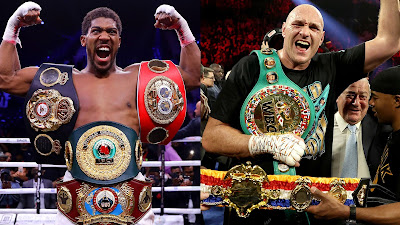 He  vowed to knock him out inside three rounds.

Joshua had on Saturday night brutally knocked out Kubrat Pulev in the ninth round to retain his four belts.

A unification bout is being clamoured all over the world. People want to see who is the best boxer among the two.

Immediately after Saturday’s fight, Fury tweeted, saying he wants to fight Joshua next.

Fury posted a video on social media. In it he says: “I want the [Joshua] fight. I want the fight next. I’ll knock him out inside three rounds.