I have no quarrel with Oshiomhole – Gov Obaseki’s deputy, Shaibu 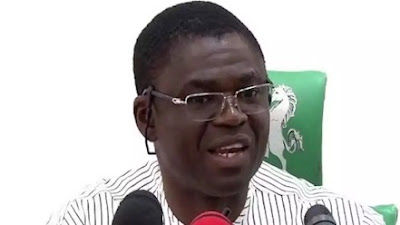 The Deputy Governor of Edo State, Philip Shaibu has said a former Governor of the State, Adam Oshiomhole, taught him a lot about politics and he has a good relationship with him.

Shaibu stated this during a thanksgiving service on Sunday, held at Saint Philip Catholic Church in Jettu, Etsako West Local Government Area of the State.

The event was part of activities organized to celebrate his re-election under the platform of the Peoples Democratic Party (PDP) alongside his principal, Governor Godwin Obaseki.

“Adams Oshiomhole taught me all I know now politically.

“He made me stand my ground and help us end godfatherism. I have no quarrel with Oshiomhole,” Shaibu said.

Shuaibu also noted there were a lot of lessons to be learnt from Obaseki’s re-election.