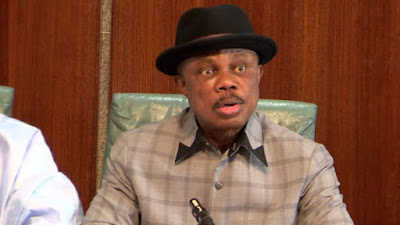 Anambra State governor, Willie Obiano says he has not been receiving salaries since becoming governor in 2014.

He said though the money is usually mapped out, it is used to settle the needs of less privileged people.

The governor stated this yesterday at the Jerome Udoji Secretariat, Awka, while addressing Anambra State workers.

He said the sacrifice was to ensure the welfare of the people.

He added that the gesture was just one of the sacrifices he makes towards improving the welfare of Anambra State workers, adding that his government has continued to pay salaries promptly, despite the harsh economic condition.

”Despite the present economic challenges in the country, my administration had to maintain prompt payment of salaries and other allowances as well as payment of pensions and gratuity.

“We are also building infrastructure. We would embark on construction and reconstruction of more economic roads as soon,” he said.