‘He’s not the one ruling Nigeria’ – Apostle Okikijesu releases prophesies about Buhari, 2023 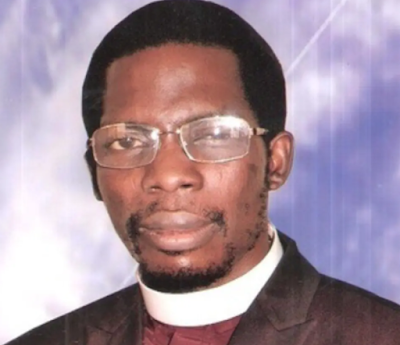 Apostle Paul Okikijesu of the Christ Apostolic Miracle Ministry, has said that God revealed to him that President Muhammadu Buhari is not the one in charge of the leadership of Nigeria but people very close to him.

He said that Buhari had abandoned the counsel of God and is depending on his own wisdom, describing the 78-year-old Nigerian leader as a very stubborn President.

Okikijesu said that God had instructed the President to seek the wisdom of the religious advisers and to seek advice from ex-Presidents, experts in the banking, marketing, oil, gas, and stock exchange sectors, but he (Buhari) refused.

“Thus says the Lord of hosts…, this man is very stubborn, because he is not the one that is governing the country. It is some people that are very close to him that are governing the Nation,” Okikijesu said in a series of prophesies he made available on Monday.

“It is whatever they say that the President will do; whatever step that they ask him to take is the step that he will take. The judgment of I the Lord will come upon all these people.

“Write this period down, their journey will be filled with a bitter and severe judgment, unless they change and turn to Me, says the Lord God of hosts.

“Thus says the Lord, Nigeria needs supervision and lots of prayer during this period because I the Lord is not pleased with bloodshed of the youths who are the future of the country that were killed.”

On what Nigerians should expect in 2023, the next general election year in the country, Okikijesu added, “Thus says the Lord, some of the political aspirants for the 2023 Election will not be able to continue this journey because their existing sickness will cause their demise.

“Their doctors will tell them that their soul or existence is in the hand of God, due to the severity of their illness; since there is no powerful being that has power over his/her soul. I the Lord will be showing signs everywhere and people will believe that I am the Lord.”