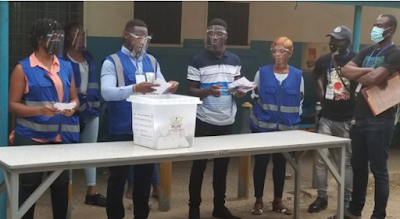 Mahama, who was dissatisfied with the conduct of the election, had accused Akufo-Addo of using the military to intimidate voters and overturn the polls in his favour.

“You cannot use the military to try and overturn some of the results in constituencies that we have won. We will resist any attempts to subvert the sovereign will of the Ghanaian people,” Mahama had said at a press conference.

Speaking at a press conference in Accra, the nation’s capital, Haruna Iddrisu, NDC’s member of parliament described the results as “brazen and shameless attack on our democracy”, adding that the party will appeal the election outcome.

“Overwhelming evidence available makes it impossible for us to accept this spurious and hurried conclusion”, he said.

“We intend to take decisive and concrete steps, both with the presidential and parliamentary results, to overturn this brazen and shameless attack on our democracy”.

Though the December 7 election was adjudged “largely peaceful” by independent observers, at least five people were killed in the violence that broke out.