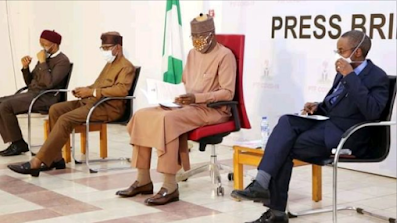 The Federal Government has suspended the passports of 100 in-bound airline passengers who failed to take their post-arrival COVID-19 test.

Mr Boss Mustapha, Chairman, Presidential Task Force (PTF) on COVID-19, made this known at the PTF national briefing on Tuesday, in Abuja.

According to him, the names of the passengers would be published on Jan. 1, 2021, while suspension of the passports would last for six months.

“We have suspended the passports of 100 airline passengers who failed to take the COVID-19 test after their arrival.

“With effect from Jan. 1, 2021, the passports of the first 100 passengers, would be published in the national dailies.

Also, suspension of the passports would last for six months,” he said.

Recall that the Nigerian government had announced a partial lockdown in a bid to curb the second wave of coronavirus across the country.

The PTF Chairman, Boss Mustapha, issued the advisory on Monday at the PTF briefing in Abuja.

Mustapha said that President Muhammadu Buhari had authorised the Presidential Task Force to engage with the states and the Federal Capital Territory to assume full ownership of this stage of the response.

According to him, bars, night clubs, pubs and event centres, and recreational venues were considered super-sprea-ders of the virus.

He also ordered that Churches and Mosques should not be filled beyond 50 per cent of their installed capacity during worship.