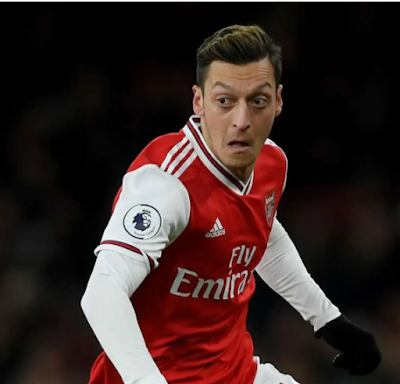 Arsenal playmaker, Mesut Ozil, is close to joining Fenerbahce according to one of the Turkish club’s chiefs.

Ozil has long been linked with an exit from the Emirates, having fallen out of favour under Mikel Arteta.

The German was excluded from both the Premier League and Europa League squads.

But Fenerbahce congress member, Murat Zorlu, is “90 per cent sure” Ozil will make a move to Turkey in the January transfer window.

The World Cup winner’s contract expires in the summer and Arsenal are desperate to get him off the wage bill.

Zorlu told Sport Digitale : “A source, who’s very well connected to the club has told me that Mesut Ozil is likely to become a Fenerbahce player during the next transfer window.