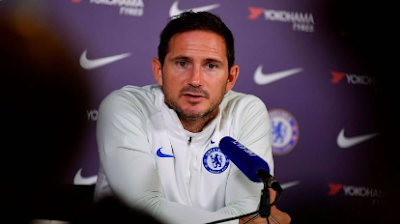 Chelsea manager, Frank Lampard, has given reasons some of his defenders didn’t feature in the 1-1 draw with Aston Villa on Monday night.

Lampard made six changes to the team that lost to Arsenal on Boxing Day.

Reece James, Thiago Silva and Kurt Zouma did not play a single minute of the match.

Speaking in his post-match press conference, Lampard confirmed that James wasn’t in the 18-man squad, as he has picked up a hamstring problem.

He, however, admitted James probably would have been replaced by Cesar Azpilicueta anyway.

Zouma missed out completely in order to give him a rest, while 36-year-old Thiago Silva was benched for the same reason.

“Reece James has got a small hamstring issue, not saying that’s why Azpi played, I probably would’ve played him anyway,” Lampard said.

“Thiago Silva I think at his age I had to consider the games. Kurt Zouma’s played a lot of games himself.”