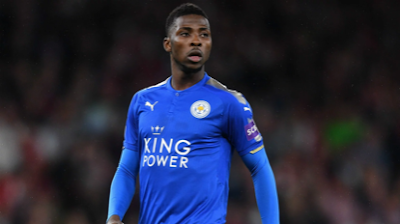 Leicester City boss, Brendan Rodgers, has reacted to the penalty miss by Nigerian international, Kenechi Iheanacho, during the Foxes 1-1 draw with Crystal Palace on Monday.

Leicester failed to pick up all the three points against Palace as Iheanacho fired a first half spot kick into the hands of goalkeeper Vicente Guaita.

The Super Eagles star, who has not scored for Leicester since July 2020, wasted the chance to put the Foxes 1-0 ahead in the 18th minute.

Ivorian Wilfried Zaha scored for the home side in the 58th minute through a counter attack before Harvey Barnes restored parity seven minutes from time.

Rodgers, however, defended the Nigerian forward, insisting that Iheanacho had done very well during training before the trip to the game.

“I said at half time, it was one you have to let go of,” Rodgers told Amazon Prime

“He practised yesterday and hit five out of five, so he was confident, but it is just one of those things.”