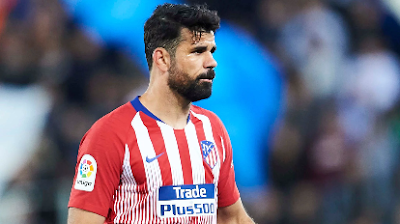 A former Tottenham Hotspur striker, Darren Bent, has urged three Premier League clubs to make a move for Diego Costa ahead of the January transfer window.

The clubs are Tottenham, Wolves and Everton.

Recall that Costa terminated his contract with Atletico Madrid on Tuesday after mutual consent.

Costa said it was the best moment for him and Atletico Madrid to part ways, adding that he has given his best to Diego Simeone’s side.

“Especially now his (Diego Costa’s) contract has been ripped up and you do not have to pay any money for him,” Bent told talkSPORT, adding his fitness is still good and has bags of experience in England.

“Spurs would take him, Wolves would, even someone like Everton on the off chance something happens to [Dominic] Calvert-Lewin,” Bent added.

Costa, who returned to Atletico from Chelsea in 2018, scored just 19 goals in 81 matches in his second spell with the La Liga giants.