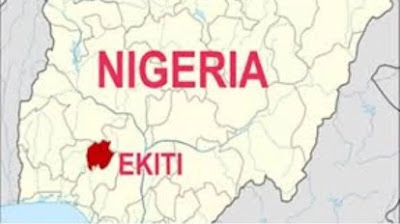 The freed 34 inmates were part of the 386, whose cases were reviewed during the CJ’s visit to the correctional centre in Ado Ekiti on Tuesday.

27 inmates, including a female, were set free unconditionally, while seven were granted bail on liberal terms.

Addressing the freed inmates, Justice Daramola, advised them, “to learn from your past mistakes and go into the world with determination to redirect your psyches and do what is right by refraining from crime and criminalty”.

He eulogised the correctional officers for keeping the inmates healthy as well as maintaining hygienic environment to prevent untimely death and high morbidity rate among inmates.

The CJ berated prosecuting system in Nigeria, which he described as falling short of international best practices, saying this has contributed immensely to prison congestion in the country.

“I admonish you to be of good behaviour as the long hand of the law is awaiting any erring citizen”.

Justice Daramola , however, gave financial help to one of the pardoned inmates, who could not return home for lack of money.

The comptroller of the centre, Mr Alimi Abdul Rasheed, applauded the Chief Judge for the gesture, describing his visit as worthwhile and remarkable.