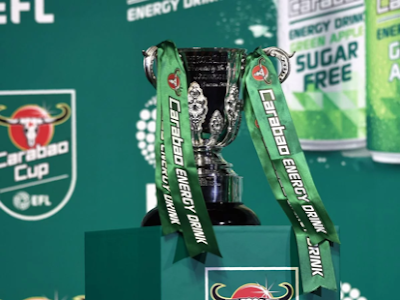 The Carabao Cup final has been moved forward by two months, the Football League (EFL) has confirmed.

The fixture will now be played on April 25, in the hope that a later date will allow fans to attend.

The final of the competition was due to be held on February 28, 2021, at Wembley Stadium.

“It is the objective of the League to stage the final with as many supporters in attendance as possible and the decision has therefore been taken to move the final to later in the year,” the EFL said in a statement.

“The number of fans permitted will be dependent on Government guidance in place at the time and it is hoped that moving the date to later in the year will give clubs and their fans the best opportunity to attend in person.”

The quarter-finals of the competition, however, kicks off on Tuesday, with Brentford hosting Newcastle United and holders Manchester City away at Arsenal.