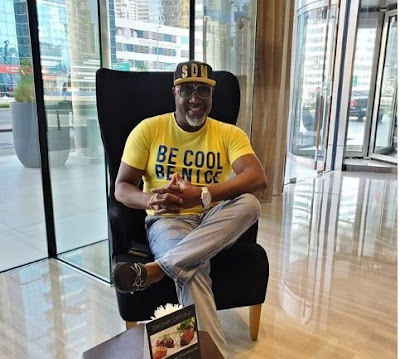 You must have seen the video by Dino Melaye, former senator, in which he claimed that some people died after taking a COVID-19 vaccine.

This claim is not true. The World Health Organisation disclosed on Friday that nobody has died after taking any of the vaccines so far produced for COVID-19.

In the one-minute-50-seconds video shared to his 2.2 million Twitter followers, Melaye asked the government to discontinue efforts to get Nigerians vaccinated against COVID-19.

He then went ahead to quote “intelligence-gathering” which he said “revealed that some of those who took that vaccine died within three days”.


With Nigeria expecting to get the vaccines in January, 2021, the video has caused panic and some persons have joined the calls on the federal government not to administer them to Nigerians.

The senator, who is known for making controversial claims, did not respond to TheCable’s enquiry to name his source, but Charity Warigon, a spokesperson of WHO in Nigeria, told TheCable the organisation has not learnt of any death as a result of COVID-19 vaccines.

“WHO has not received information about individuals who have died after receiving a COVID-19 vaccine,” she quoted Richard Mihigo, WHO coordinator of the immunisation and vaccine development programme for the African region, to have said.

THE RACE FOR A COVID-19 VACCINE AND FOR SURVIVAL

In November, after more than 50 million people were infected with COVID-19 and about 1.2 million killed, the world got a chance to fight the virus when pharmaceutical giant Pfizer and the German firm BioNTech announced a potential vaccine that was 95 percent effective.

Bionica and AstraZeneca have also announced the production of two vaccines — and none of the recipients of any these vaccines is known to have died as a result.

During Pfzer’s vaccine trial that covered over 40,000 persons, the United States Food and Drug Administration (FDA) said two of those who took the vaccine died, but added that the deaths were not linked to the vaccine.

“All deaths represent events that occur in the general population of the age groups where they occurred, at a similar rate,” the FDA said in its briefing document.

‘NO CANCER VACCINE BUT WE FOUND COVID-19 VACCINE IN ONE YEAR?’

In pushing his claim, Melaye doubted the speed with which the COVID-19 vaccine was found and falsely argued none has been found for diseases such as cancer.

This is also not true.

There are vaccines that can prevent healthy people from getting certain cancers caused by viruses and, like other vaccines, only work if a person is vaccinated before they are infected.

One of such vaccines is the human papillomavirus (HPV), according to the Centers for Disease Control and Prevention (CDC).

Also, as with all medicines, WHO said every vaccine must go through “extensive and rigorous testing” to ensure it is safe before it can be introduced in a country’s vaccine programme.

The global health body added: “Each vaccine under development must first undergo screenings and evaluations to determine which antigen should be used to invoke an immune response.

“This preclinical phase is done without testing on humans. An experimental vaccine is first tested in animals to evaluate its safety and potential to prevent disease.

“If the vaccine triggers an immune response, it is then tested in human clinical trials in three phases.”

All of these usually take many years before completion, so how did the world get three vaccines in a year?

Experts believe that as a result of advances in genomic sequencing, researchers were able to successfully uncover the viral sequence of SARS-CoV-2 and fast-tracked research and clinical trials through worldwide cooperation.