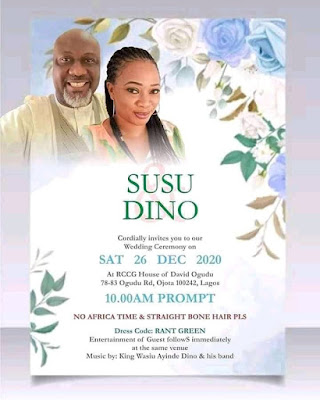 Dino, who is a divorcee, noted that his purported wedding to the lady identified as Susu is not true.

He added that he has never met the lady.

“419 taken too far. General Public, I don’t know this person talkless of marriage. Even for film, it can’t happen. SDM is not available,” he captioned the photo.

Dino Melaye also shared another picture and stated that it was photoshopped. 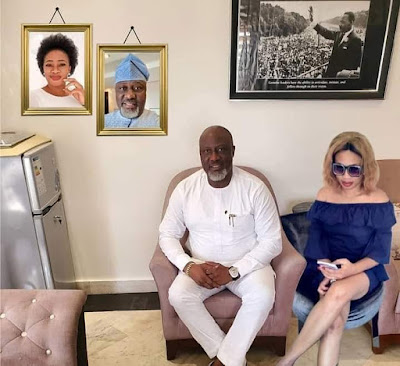 “See photoshop ooo. How I go marry when she never pay my dowry,” the Kogi politician posted.

It was reported that Dino and Iyabo got engaged in late 2019 when she added the ‘Olori’ title to her Instagram profile page.

They were also rumoured to have concluded plans on their upcoming wedding spearheaded by Canada-based actress Lola Alao who brought them together.

However, Dino Melaye quashed the rumours. He noted that bloggers who came up with the engagement story needed a name to sell their story, which is why they came up with such a story.

He added that he can never have a secret engagement.

Dino also promised to release a ‘single’ about the rumors about him flying around.