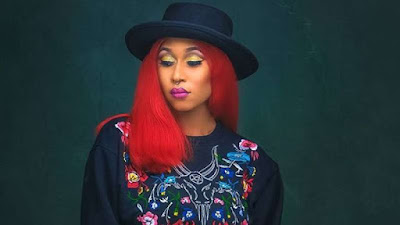 Cynthia Morgan, a Nigerian singer, has accused Davido of ignoring her calls and messages despite asking her to reach out to him earlier in the year.

The gifted dancehall artiste had provoked controversies on social media in May after baring lurid details of her feud with Jude Okoye, CEO of Northside Entertainment, her former label.

Morgan, whose protracted hiatus from the music scene has continued to raise concerns, had attracted the sympathy of several Nigerians with some willing to help following her revelation.

Sterling Bank had offered to partner with the songwriter for its ‘One Bank’ campaign then.

Davido had also taken to his Twitter page then to ask Morgan to call him, hinting that he had some gigs for her.

“Cynthia Morgan call me,” he wrote, adding in another post that “Tell Cynthia l got an anthem for her… I’ll record my verse now.”

Tell Cynthia I got an anthem for her .... I’ll record my verse now

The ‘OBO’ crooner’s gesture had drawn commendations at that time, with many Nigerians appreciating him for offering to help the Afropop singer now known as Madrina.

But in a recent interview with HipTV, the singer, born Cynthia Ikponmwenosa Morgan, claimed Davido has not reached out to her since then.

She added that the ‘Assurance’ crooner has also been ignoring her calls and messages for over three months.

“After the interview that I had with Sandra, I did see a tweet where David said ‘Cynthia call Me’ and I did call David but he didn’t take his calls. Sent messages on WhatsApp but he didn’t reply them,” she said.

“It’s just a long story actually…but l don’t know. Even the record he sent, I made a demo verse of the record and it’s been like three months we’ve not heard anything from David.”

Cynthia Morgan calls Davido out, reveals why she unfollowed him on instagram

Davido has not responded to Morgan’s claim as of the time this report was filed.

The development, however, has ignited mixed reactions on Twitter. While some accused the ‘FEM’ singer of clout chasing, others slammed Morgan for always “playing the pity card.”

“Upcoming musicians should learn to be appreciative. Jude deserves an apology from Cynthia Morgan. If it were easy to blow, why wait for #Davido? Blow with your Madrina stage name. You guys think it’s easy to manage artists. OBO isn’t your problem, stop playing the pity card,” a user wrote.

“Cynthia morgan call me’ Yes she did but you kept ignoring her messages and calls. Davido shame on you ,stop this your stupid Altitude of clout chasing.Someday you’ll find yourself, and will you be disappointed,” another user wrote.

Here’s what other Nigerians also had to say:

The babe was crying about her situation then you came on twitter and said "Cynthia Morgan call me" when you could have just messaged her directly. pic.twitter.com/msHYAPfgu6

You go chase clout
You go release nonsense album
You will go to club and they will bounce yo ass out
You will fake streams, you go fake plaques
You go dey carry rumours go media houses say you sell out shows.
@davido u no dey tire?
Cynthia Morgan no beg u for help oo.

This is Cynthia Morgan producer Tony Ross clearing Davido's name
He also confirmed that Davido indeed sent his verse, even Cynthia said so in that interview!!!
I don't know if that lady is satanically demonic or evilnically possessed!!! pic.twitter.com/eYKC5IY2st

Davido no dey air people. So if he aired Cynthia Morgan, I’m sure he did it for right reasons.