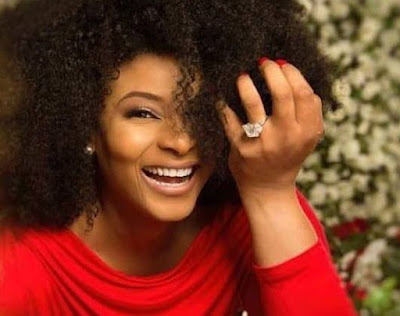 From the COVID-19 pandemic and the controversy that trailed the #EndSARS protests to ASUU’s 9-month strike, bandit attacks, insurgency, and abductions, every Nigerian would agree that 2020 has been a tough year that birthed emotional moments. Among these was the death of prominent entertainers many hold dear.

Without further ado, here are some of the prominent Nigerian entertainers and celebrities who breathed their last in the year 2020.

If you lived out the 50s and 70s or learned about the oldies from elderly accounts of the Nigerian civil war, then you would have heard of Victor Olaiya, the trumpet guru whose music ruled even the lips and hearts of federal troops. 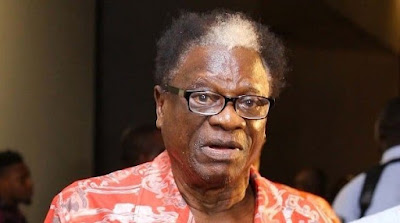 Olaiya breathed his last in February from an undisclosed illness while on admission at the Lagos University Teaching Hospital (LUTH).

In this obituary about the late singer, it was recounted that the 81-year-old had, during the civil war, been ranked a lieutenant colonel (honorary) under the Nigerian army and his band played for the troops at various locations.

Long before, his death, he had been quoted as saying: “High life has a great future. For it I live, for it, I shall die.

“Everybody wants to talk about highlife. Fuji, Fuji reggae, Afrobeat, juju, all of them had to borrow a leaf or two from high-life to enable them to stand. No type of music can threaten the existence of high life music.”

As if the tragedy that the year had bequeathed wasn’t enough, Tony Oladipo Allen, a Nigerian drummer-cum-songwriter who used to work for Fela Kuti, a late Afrobeats legend, met his death months later in May 2020. 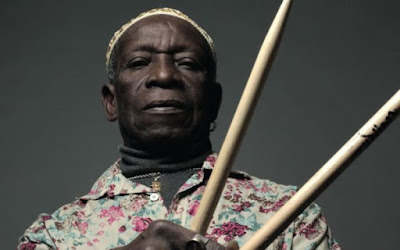 He died at Georges Pompidou European Hospital, Paris where he was diagnosed with an abdominal aortic aneurysm.

Allen, who had written his autobiography before his death, was the musical director of Fela’s band Africa ’70 from 1968 to 1979. He is widely regarded as one of the primary co-founders and pioneers of the genre of Afrobeat music.

Dan Foster was a prominent Nigeria-based American broadcaster when he died following a COVID-19 diagnosis. The radio personality’s death in June had stirred hysteric reactions from his Nigerian fans including celebrities. 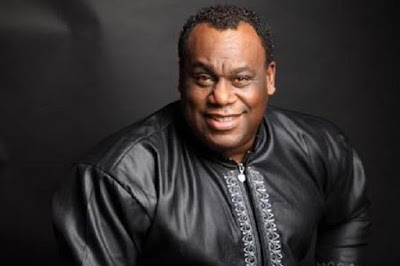 Foster had worked with numerous radio stations including Cathy Hughes Radio One, Mix 106.5, and WTBN before moving to Nigeria in 2000, replacing Mark Silvia, his fellow American, on Cool FM’s Good Morning Nigeria show.

He had immersed himself in his adopted country’s culture, dropping local phrases into his on-air banter in his Baltimore accent. He had also hosted various radio segments including ‘Inspirational Thought’ and ‘Candid Phone’.

In its tribute to Foster, the New York Times, a respected newspaper based in the US, described the deceased as one of those who redefined radio broadcasting in Nigeria.

It was on February 21, that the Nollywood scene got wind of the news that shook the industry. Frank Dallas, a veteran Nollywood actor, had breathed his last in his hotel room in Umuahia, Abia state. 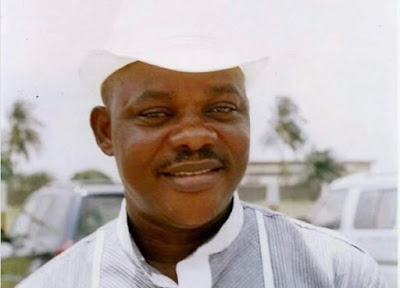 It was understood that Dallas was to attend a summit in Umuahia when he died.

Having kick-started his career as far back as the 90s, Dallas had featured in series of Nollywood thrillers including ‘Black Maria’, ‘Agony Of A Mother’, ‘A Night To Remember,’ among others.

Boye was a 52-year-old actress renowned for playing the role ‘Aunty Abike’ in ‘Tinsel’, a Nigerian soap opera. 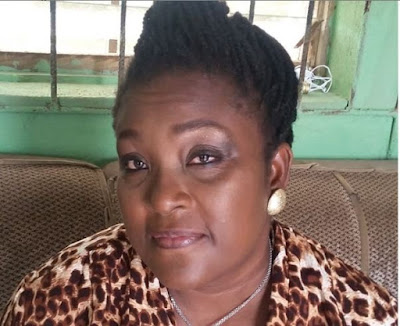 The film producer and presenter, who doubles as the wife of Sam Boye, a Nollywood filmmaker, breathed her last in May 2020 shortly after complaining of ill health.

It first came as a rumour months earlier before it was later confirmed in June that Majek Fashek had lost the battle for his life to an undisclosed illness at 58. 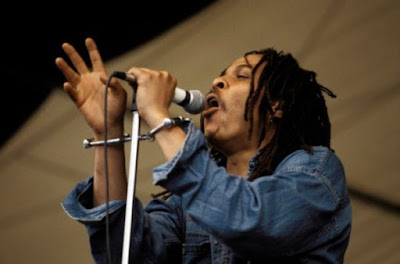 His passing had given rise to this obituary and tributes from music lovers in Nigeria and across the world.

Besides Fashek’s struggle with addiction, other health conditions had gotten him hospitalised on several occasions.

In September, Femi Otedola, a businessman and philanthropist, had pledged to take the singer’s medical expenses.

Fashek, who was fondly called the “The Rainmaker” for ‘Send Down The Rain’, one of his hit tracks, had been an activist who fought societal ills through his songs including ‘Prisoner of Conscience’, his hit album, released in 1988.

Kayode Odumosu, a Yoruba actor better known as Pa Kasumu, had been among Yoruba movie lovers’ favourite but his career suffered a setback when he started battling the heart failure that later killed him on March 1. 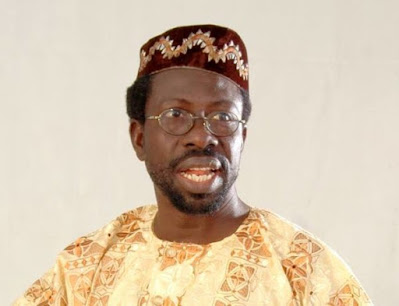 He starred in many Yoruba movies and was known to thrill viewers with his signatory voice and wealth of vocabulary. Odumosu was first reported ill in 2013 when he suffered a partial stroke that affected his eyes and memory.

In 2016, the veteran actor had stated clearly that he wouldn’t feature in any movie till he gets proper treatment. The actor’s statement had come in the wake of a trip to India where he had hoped to get treatment in the hospital.

A few days before her death, Ibidun Ighodalo had shared a video on social media wherein she could be seen playing romantically with Ituah Ighodalo, her husband, who is the senior pastor of Lagos’ Trinity House Church, ahead of a trip she had planned to embark on in days to come. 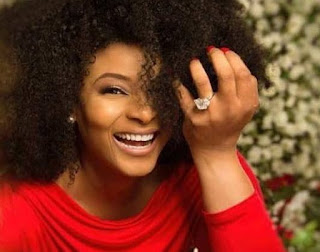 “Always so hard to say goodbye to my Popino. Love you too much baby. See you soon,” Ibidun captioned the video, which showed Ituah playfully accused her of domestic violence for tickling him in the presence of a church member.

It was however unknown to her that she was embarking on a journey of no return. Days after, it was her funeral.

As a socialite, the ex-beauty queen was famed for occasionally gifting packages and cash prizes to Nigerians while running a non-profit brand created to raise awareness on issues pertaining to infertility.

In 2018, she had opened up on going through IVF (in vitro fertilisation) on 11 occasions; the social pressure that accompanied her fertility journey; and her quest to find happiness, all of which she said birthed her foundation.

Tosin Arigbabuwo might have been lucky to witness the dawn of 2020. But just when the new year was gradually taking off, the Nollywood actor caught a glimpse of the world he thought he knew for the very last time. 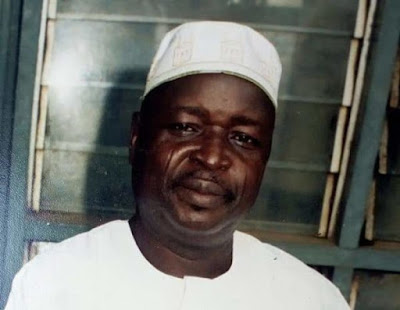 The actor died on January 13, at his residence in Ibadan after battling an undisclosed illness for six months.

Apart from acting in Yoruba movies, Arigbabuwo had dedicated part of his life promoting the Islamic religion, especially in Ido local government area (LGA) where he lived until his death. 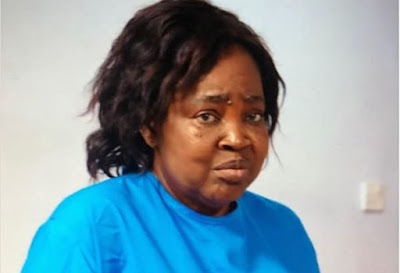 Her death in May had come as a rude shock to her fans. The actress had passed on after she slumped in Enugu.

Announcing the tragic news, Okechukwu Oku, a movie director with whom she worked, wrote: “Why is death taking the best people? I’m confused o. I just filmed with Mama here on my two last projects.

“Excited to release it and this horrible news today. A woman with a heart of gold, Aah no. I will miss you, Mrs. Dike. Nollywood has lost a gem in you. This is messed up.” 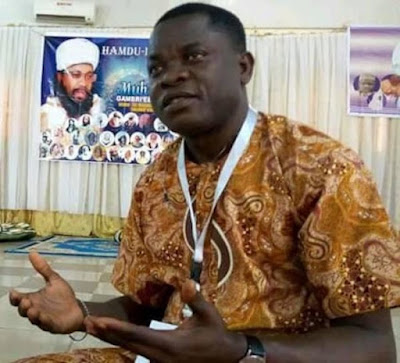 Gbenga Ajumoko lost his life to the cold hands of death in March after battling with a chronic ailment. His fans would remember him for his works including ‘Enikeji’, ‘Agbere’, ‘Yeye Efun’, ‘Wound’ and ‘Ako Okuta’.

The case of the late Picture Kodak, a video vixen affiliated with Clarence Peters, a music video director, was one of electrocution. Before her death, the dancer, whose real name is Love Divine, also worked with Olamide, Burna Boy, and Wizkid. 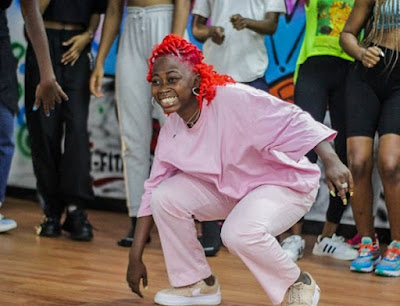 She was said to have visited Clarence’s home and got electrocuted to death while attempting to charge her cell phone. The case gained traction after Clarence was invited for questioning by the Lagos police and thereafter detained.

Clarence, who was later granted bail as investigations proceeded, issued a statement narrating how the nearest hospitals to which they had rushed Kodak refused to admit her after assuming that she was a COVID-19 patient.

The 36-year-old known for his role in ‘Halita’, a TV series, had died in March from a blood clotting condition. Dimbo Atiya, the producer of ‘Halita’, had dismissed viral claims that he died filming the series amid COVID-19. 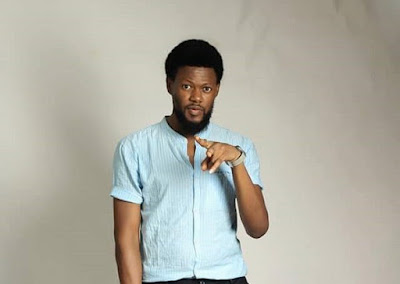 According to him, Alkali opened up on his blood clotting condition, which he had long battled, prior to his death.

“He was one of our much-valued cast. This extremely sad event took place suddenly while he was filming on another set for an Epic movie in a village near Keffi,” Atiya had revealed at that time.

“This has come as a rude shock to us all and we pray that the Lord will grant his family the fortitude to bear this great loss. From all of us at Familiar Grounds, we say rest in power, Dareng.”

Bose Adewoyin, better known for her role as Madam Tinubu in the 1989 classic ‘Efunroye Tinubu’, died on June 23. Although the cause of her death wasn’t stated, she was a member of the Lagos State Council for Arts and Culture. 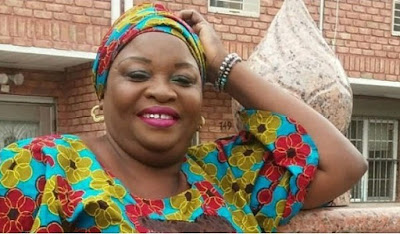 The fast-rising Nollywood actress passed on in Spain in January at 33. She was buried the following day at Villarejo de Salvanes, Madrid. The sad news about Jennifer’s death was shared by Uche Ogbodo, her close colleague, on Instagram. 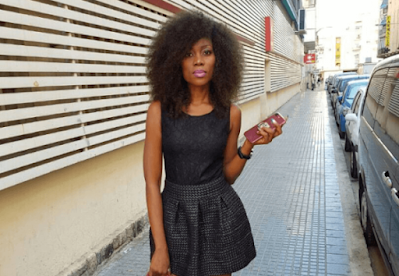 Omole was a member of the Actors Guild of Nigeria (AGN), Spain chapter, where she was based. She hailed from Edo state.

Before her death, the actress had been the movie producer and CEO of JennisFilms Production Ltd. She made the film ‘Stolen Vow’ alongside Uche Ogbodo, Jibola Dabo, Daniel Lloyd, and a host of other Nollywood actors.

Femi Oyewumi, an actor and film producer, breathed his last in May after battling chronic backache. It was gathered that Femi, who was better known as Laditi, was rushed to the hospital on the night before but eventually gave up the ghost the next morning. 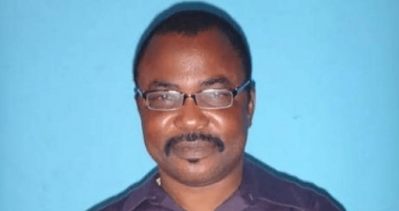 Femi kickstarted his career in the 1980s but later become a prominent name after featuring in several Yoruba films including ‘Aye Toto’, ‘Koto Orun’, ‘Ija Eleye’ among others. He was survived by his wife, children, and siblings.

He was a veteran Nollywood actor better known for his role in ‘Hostages’, a 1997 movie. The news of Obileye’s death was broken on April 24 by Gbenga Adeyinka, an actor and comedian who first paid his tributes. 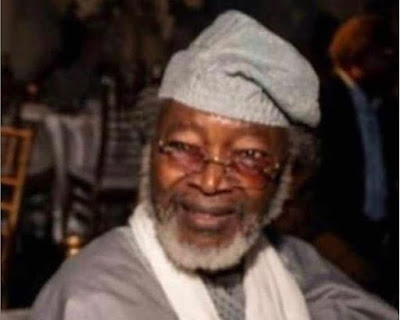 “If tears could build a stairway and memories were a lane, we would walk right up to heaven and bring you back again. “Rest In Peace Uncle Yomi OBILEYE. Thanks for the memories,” Adeyinka, who is also a comedian, wrote.

Obileye was an elder brother of Taiwo Obileye, an actor who took part in ‘Tinsel’, a soap opera.

Aside from ‘Hostages’, a movie by Tade Ogidan, Obileye also acted in ‘Palace’, a soap opera that featured the likes of Jide Kosoko, Liz Benson, Antar Laniyan, Tunji Bamishigbin, Dayo Adeneye, Jide Alabi, among many others.

Johnson is known for playing the lead role in ‘The Village Headmaster’, a Nigerian TV series that ended in 1988. Like his colleagues, it was in 2020 that he breathed his last at the Garki Hospital, Abuja. The actor was aged 80. 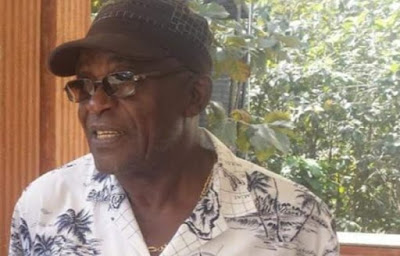 In ‘The Village Headmaster’, which begun production after Nigeria gained independence, Johnson had helped to act out plot lines that dealt with social problems and the effect of government policies in a fictitious Yoruba village called Oja.

In 1984, Johnson was incarcerated alongside many politicians and senior civil servants but was acquitted by the Muhammadu Buhari/Tunde Idiagbon military regime after the overthrow of President Shagari’s government.

Buhari was said to have described him “as one of the pioneers of TV drama in Nigeria and a respected thespian.”

The president also lauded his “sacrifice, patriotism and loyalty to his country and his calling, starting out early on stage and the screen when rewards were very minimal, but pursuing his career with relentless passion and vigour”.