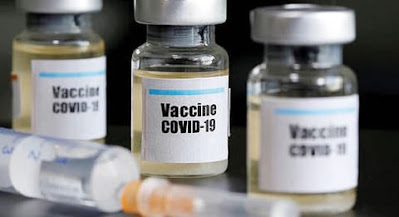 British health officials on Wednesday warned that anyone with a history of significant allergic reactions should not have the Pfizer-BioNTech Covid jab for the time being.

The warning came after two members of the state-run National Health Service who were among the first to receive the vaccine on Tuesday suffered allergic reactions and needed treatment.

NHS England medical director Stephen Powis said both people, who had a history of reactions, were now recovering well.

The independent Medicines and Healthcare products Regulatory Agency (MHRA) has now advised that “people with a significant history of allergic reactions do not receive this vaccination” as a precaution, he added.

“Significant” allergic reactions include those to medicines, food or vaccines, according to the MHRA.

Thousands of Britons became the first in the Western world to received an approved Covid vaccine on Tuesday as the NHS began the biggest vaccination drive since it was created in 1948.

The vaccine is administered in two doses, 21 days apart. The over-80s and health and social care staff are first in line to get the jab in the national rollout.

Britain has received some 800,000 doses of the vaccine in the first batch of an order of 40 million. Up to four million doses are expected by the end of December.

Pfizer chief executive Albert Bourla on Tuesday said he understood global concerns about the speed with which pharmaceutical companies have produced vaccines against Covid-19.

But he insisted no corners have been cut.

The vaccine had been tested “in the exact same way as we are testing any vaccine that is circulating out there”, he told a virtual media briefing in Geneva.

Pfizer said the MHRA had told it of the allergic reactions but said during phase 3 trials of more than 40,000 people, the vaccine was “generally well-tolerated with no serious safety concerns” reported.