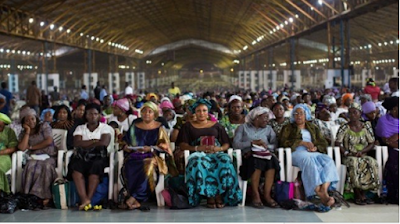 The Ebonyi State Government has directed that all church services in the state be restricted to a maximum period of two hours.

It also directed the religious worship centres to step up their COVID-19 testing before the end of January.

Governor David Umahi, who announced this on Friday in the state, said the decision followed the second wave of COVID-19 pandemic in the country.

Umahi explained that apart from the restriction of religious worship, all large gatherings are also banned in the state.

“We must go back to observe all the protocols of COVID-19 enunciated by the Presidential Taskforce,” Umahi said.

“I’ve directed that Church Services should not last more than two hours. I’ve also directed that we should step up our testing before the end of January.

“We must have to accomplish the target of the Presidential Task Force by testing at least 450 persons per Local Government.

“I’ve suspended a large gathering of people in Ebonyi State. We’ve returned to the wearing of facemasks in all public places and in our homes.”

He added, “During this Christmas, I am appealing that we curtail our movements.

“The initial night of praise will no longer hold in the state, the usual end of year party will not hold, rather we aren’t aggregated so that we have smaller gatherings that we can control.”