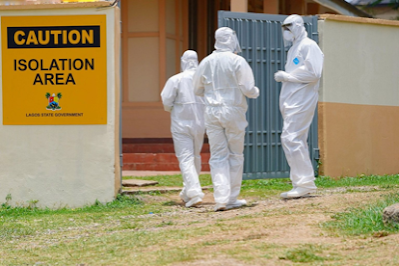 The Nigeria Centre For Disease Control (NCDC) has announced that ten patients have died as a result of COVID-19 related complications in the last 24 hours.

The health agency made this known via its Twitter account on Monday, adding that 397 new infections of the virus were also recorded in the country.

The NCDC said that the new infections were reported from 17 states and the Federal Capital Territory (FCT), which brought the country’s total number of infected people to 84,811.

While Oyo reported 16 cases, Kebbi 10, Nasarawa and Sokoto had seven cases each.

Five cases each were confirmed in the FCT and Kano; four in Edo, Jigawa 3, Ogun and Akwa Ibom state had 2 cases, while Niger, Bauchi and Zamfara had 1 each.