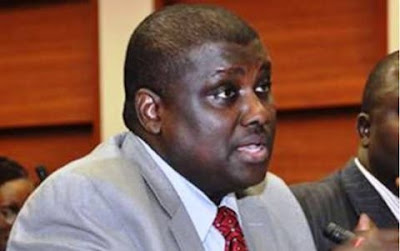 The Federal High Court in Abuja, on Tuesday, rejected the request by a former Chairman of the defunct Pension Reformed Task Team, Abdulrasheed Maina, for an adjournment to prepare for his defence.

Justice Okon Abang ruled that the request was a ploy to waste the judicial time of the court.

The judge had earlier on December 4, 2020, adjourned the N2bn money laundering case till Tuesday based on a request by Maina’s new lawyer, Mr Adaji Abel, who pleaded that he needed more time to enable him to prepare for the case.

The judge, before adjourning the matter on December 4 proceedings till Tuesday, ordered Maina to be remanded in the correctional centre.

The judge made the remand order after the defendant, who was said to have jumped bail and fled to Niger Republic, was extradited to Nigeria and returned to the court that day.

He said the defence had applied for the court’s record of previous proceedings via a letter sent to the court’s registry but had yet to be given by the court registry.

He said the records were needed by the defence to continue with the case.

The prosecuting counsel, Abdullah, opposed the application for adjournment, saying Maina had been given the opportunity to defend himself but failed to utilise it.

Ruling, Justice Abang noted that Maina had not been appearing in court since the matter resumed on September 29, until when he was returned to court on December 4 after he was arrested based on the arrest warrant issued by the court.

The judge said Maina’s right to a fair hearing was not breached as he had on his own jumped bail, and the trial had continued in his absence before he was arrested and brought back to court.

Justice Abang added that Maina’s former counsel was expected to have handed over the records at his disposal to the new counsel, who newly took over the defence of the defendant.

Dismissing the defence’s request for an adjournment, the judge ordered the prosecution witness to continue her evidence-in-chief.