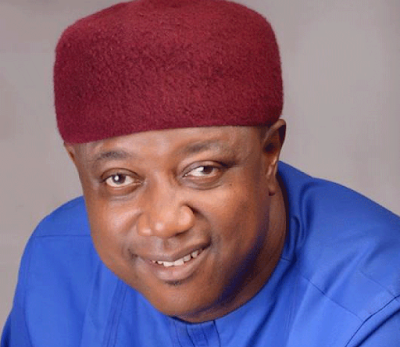 A Federal High Court in Abuja, presided over by Justice Inyang Ekwo on Friday nullified the nomination of Mr Chukwuma Francis Ibezim as the candidate of the All Progressives Congress (APC) in the Imo North Senatorial by-election.

Justice Ekwo, in a judgment today, disqualified Ibezim from contesting the election on the grounds that he made false statements in the affidavit and documents he submitted to the Independent National Electoral Commission (INEC) and the APC.

Justice Ekwo, however, ordered INEC to remove Ibezim’s name from the list of candidates for the by-election.

The Nation reports that the judgment was on a suit marked: FHC/ABJ/CS/1229/2020 filed by Asomugha Tony Elebeke, with Ibezim, APC and INEC as defendants.

Rcall that the Human Rights Writers Association of Nigeria (HURIWA) had in September raised alarm over the alleged inability of the APC to produce his school certificates.

The rights group in a statement by Emmanuel Onwubiko, its National Coordinator, said the situation was capable of denying the zone its representation in the senate.

Onwubiko, who challenged the APC candidate to produce his educational certificates if at all he had them, said his association was not bothered about who wins the forthcoming Imo senatorial by-election.