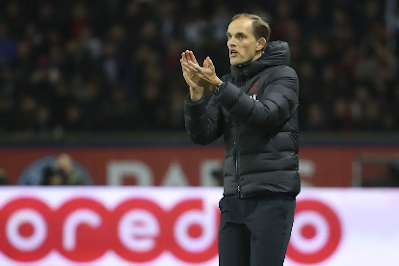 The French champions need to beat United to keep qualification hopes in their own hands.

United, on the other hand, need only one point from their two remaining Group H matches to qualify for the knockout stages.

Ahead of the return leg, Tuchel said about Rashford: “For me personally, the sporting side is clear – he’s a big threat with his speed, with his ability to score, with his determination and his finishing.

“He’s very precise, taking shots inside and outside of the box. He is super rapid on counter-attacks and strong in the air with headers.”

Tuchel is also wary of the threat of Cavani, who left PSG to join Manchester United over the summer.

The 33-year-old faces his former club having scored a brace to help the Red Devils overturn a two-goal deficit to beat Southampton on Sunday.

“His determination is a rare characteristic for a striker of his quality – always ready to do everything for the team.

“He has a big physical impact, scoring comes very natural for him. He’s reliable 24/7. You can call him in the night and he’d be there to score and to defend,” Tuchel added.