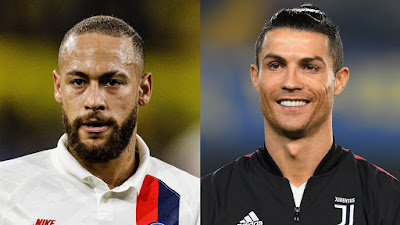 Juventus star, Cristiano Ronaldo, has been included in the UEFA Champions League team of this week.

UEFA released the Champions League team in a post via its official Twitter account on Thursday following the conclusion of the group stage match-day six fixtures on Wednesday night.

The Portugal captain scored a brace for the Serie A champions against Barcelona in Spain.

Ronaldo made the list alongside Paris Saint-German forwards, Neymar and Kylian Mbappe.

Below is the UEFA Champions League team after this week’s group stage match-day six fixtures: