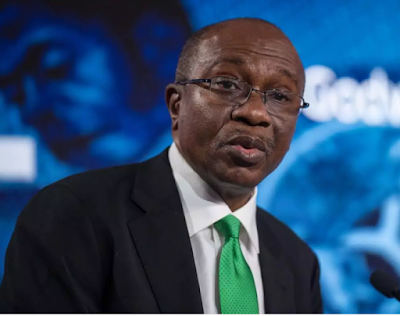 A contempt charge of two years imprisonment was filed against Emefiele to order payment of N182 billion naira to Ogoni people as ordered by a law court.

The 182 billion naira was awarded against oil giant Shell Petroleum over the devastating oil spill, caused by the Ogoni land by the company.

The Ogonl people represented by Chief Lucious Nwosu SAN, filed the contempt charge praying the Federal High Court in Abuja to commit Emefiele to prison for allegedly disregarding order of court that awarded the money to the aggrieved Ogoni people.

During sitting on Wednesday, counsel to the Ogoni people, Nwosu expressed disgust over the absence of the CBN governor in court.

Nwosu informed the trial judge, Justice Taiwo Taiwo that the charge against Emefiele is quasi -criminal in nature and warranted his physical presence of the CBN governor to answer the charge.

However, Damian Dodo, counsel to Emefiele, informed the court that it was not the habit of his client to underrate the court of law and assured that Emefiele will do the need at the appropriate time.

Justice Taiwo, after listening to arguments, adjourned the matter till January 26, 2021.

The judge directed that Emefiele and all those involved in the matter should obey court order during the next adjourned date.