Businessman in court over N1.3m fraud in Abuja 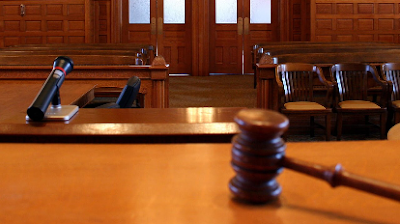 A businessman, Musa Zakari, on Tuesday appeared in a Grade I Area Court in Karu, FCT, for allegedly defrauding his friend of N1.3 million.

The Prosecution Counsel, Ade Adeyanju while presenting the case told the court that the defendant collected N1.3 million from his friend, Suleiman Buba.

Adeyanju said Zakari promised to secure him a job with the Nigeria Customs Service with the money he took from him.

He said Buba reported the matter at the Maitama Police Station after the job was not forthcoming.

According to him, the offence contravened the provisions of sections 79, 312 and 322 of the Penal Code.

Delivering Judgement, Mr Maiwada Inuwa, admitted the defendant to bail in the sum of N1.5 million.

Inuwa also ordered Zakari to produce one surety, who must live within the court’s jurisdiction.

He adjourned the case until Feb. 23 for hearing, NAN reports.