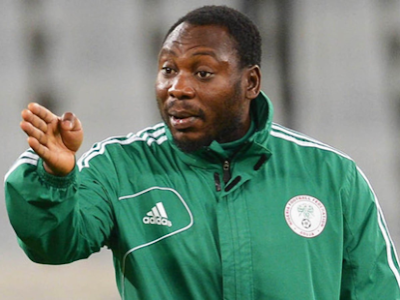 NFF appointed Rohr as technical adviser of the Super Eagles in 2016 after Sunday Oliseh’s resignation as coach of the national team.

Rohr also led Nigeria to qualify for the 2018 World Cup in Russia with ease but failed to progress past the group stage.

The German tactician was given a new deal after NFF revealed their satisfaction with his performances for guiding the team to a third-place finish at the 2019 AFCON in Egypt, but Amokachi believes there is a lot of failure in the federation.

“For the administration to bring somebody like Oliseh and not give him time because he is Nigerian and they let go.

“To bring in somebody like Amuneke and not giving him time then they let him go. Then you bring a new coach where those two coaches are far better than him; pedigree-wise and portfolio-wise.

“But still, they gave the machinery a lot of money, $60 plus with all the bonuses, if they play two matches in a month, then you are talking over $100,000.

“If you were bringing Guardiola you can put $10m if he says he wants it because you know who he’s; he has won laurels. But for a coach that hasn’t done anything, not achieved anything and you put a $2m clause? There is a lot of failure in that.

“I will not rate them (NFF) out of 10, but all these things I have broken down will tell anybody with a common sense where I am coming from,” Amokachi told Brila FM.