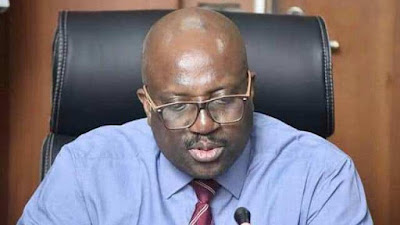 The President Muhammadu Buhari on Saturday named the acting Executive Director, Finance and Administration of the Niger Delta Development Commission as the commission’s interim administrator.

The Special Adviser to the President on Media and Publicity, Femi Adesina, disclosed this in a statement titled “NDDC gets interim administrator.”

The presidential spokesman attributed the development to what he called the plethora of litigation and a restraining order issued recently against the Interim Management Committee of the NDDC by a Federal High Court in Abuja.

The statement read, “President Muhammadu Buhari has approved the appointment of an interim administrator to oversee the affairs of the Niger Delta Development Commission.

“He is Mr Effiong Okon Akwa, the Ag. Executive Director, Finance and Administration of the Commission, who is to assume headship till completion of the forensic audit.

“Mr Akwa is a Fellow of the Institute of Chartered Accountants and a Solicitor of the Supreme Court of Nigeria.

“The development became necessary as a result of plethora of litigation and a restraining order issued recently against the Interim Management Committee of the NDDC by a Federal High Court in Abuja.”

Buhari had appointed Pondei, a professor of medicine at the Niger Delta University (NDU) in February but his tenure was dogged with controversy.

Beneficiaries of NDDC scholarship overseas had complained about abandonment while there were different allegations of fraud against the agency under his watch.

This had led to a probe by the national assembly.

On July 20, Pondei collapsed while answering questions from the panel probing alleged mismanagement of N40 billion by the interim management committee of the NDDC.

Many Nigerians, especially on social media, had said Pondei pretended so as to avoid being held accountable by the lawmakers.

But he described the allegation that he deliberately passed out as ridiculous.