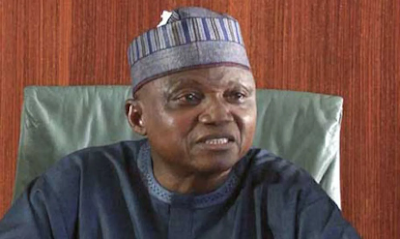 Garba Shehu, President Muhammadu Buhari’s Senior Special Assistant on Media and Publicity, has disclosed why the president delayed in appointing ministers during his first tenure.

Shehu said upon his inauguration in 2015, Buhari had long meetings with Permanent Secretaries and heads of the various government agencies and departments.

Shehu disclosed this in an article to mark Buhari’s 78th birthday.

The article reads partly: “As he marks today, December 17 as his birthday, Muhammadu Buhari, driver of change and mobiliser of voters continues in his role as President and Commander-in-Chief of the Armed Forces of Nigeria, leading by setting examples as the country wades through the thick waves of corruption, insecurity and a Covid economy.

“The qualities of uprightness and incorruptibility have given the biggest push to Muhammadu Buhari both as a military Head of State and a two-term democratically elected civilian President of Nigeria.

“Upon his assumption of office in May, 2015, President Muhammadu Buhari sat at long meetings with teams led by Permanent Secretaries and heads of the various government agencies and departments.

“Those meetings took a few months to go round and were in effect, responsible for the delay in the appointment of ministers into his first cabinet.”