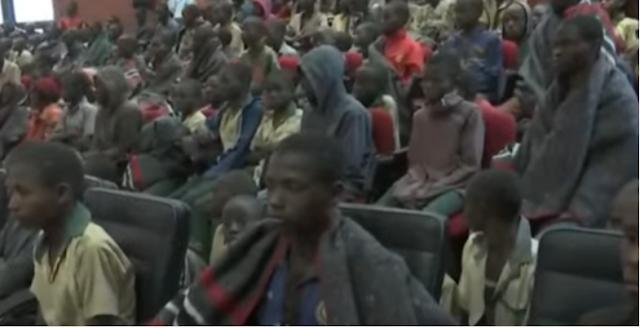 The released Kankara schoolboys have arrived in Katsina state.

The schoolboys were subsequently taken to Zamfara forest from where they were released by their abductors on Thursday — after spending nearly seven days in captivity.

The children were said to have been ferried into the state capital on Friday morning by security operatives and have undergone medical examination.

Aminu Masari, governor of Katsina, received the boys and he is currently addressing them at the government house.

Boko Haram had claimed responsibility for the abduction, but Masari disputed the claim, saying bandits were responsible for the attack and that the state government knew the abductors of the schoolboys.

A top government official disclosed on Thursday that 340 schoolboys were released.