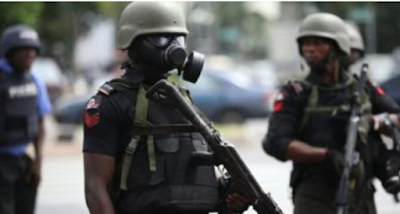 The prosecutor of the International Criminal Court (ICC) has issued a preliminary determination to investigate Nigerian security forces over allegations of “crimes against humanity” and “war crimes”.

This is coming on the heels of allegations of human right abuses against the country’s security forces in the north-east and other parts of Nigeria.

The determination, issued on Friday was silent on the specifics — such as the Lekki shootings — but declared the allegations “are also sufficiently grave to warrant investigation” by ICC.

The Office of the Prosecutor of the ICC conducts independent preliminary examinations, investigations and prosecutions of the crime of genocide, crimes against humanity, war crimes and the crime of aggression.

Fatou Bensouda, the outgoing ICC prosecutor, said there is “reasonable basis to believe that members of the Nigerian Security Forces (“NSF”) have committed the following acts constituting crimes against humanity and war crimes: murder, rape, torture, and cruel treatment; enforced disappearance; forcible transfer of population; outrages upon personal dignity; intentionally directing attacks against the civilian population as such and against individual civilians not taking direct part in hostilities; unlawful imprisonment; conscripting and enlisting children under the age of fifteen years into armed forces and using them to participate actively in hostilities; persecution on gender and political grounds; and other inhumane acts”.

She added that the allegations “are also sufficiently grave to warrant investigation by my Office, both in quantitative and qualitative terms. My Office will provide further details in our forthcoming annual Report on Preliminary Examination Activities”.

“My Office will continue to take the necessary measures to ensure the integrity of future investigations in relation to the situation in Nigeria,” she said.

“The predicament we are confronted with due to capacity constraints underscores the clear mismatch between the resources afforded to my Office and the ever growing demands placed upon it. It is a situation that requires not only prioritization on behalf of the Office, to which we remain firmly committed, but also open and frank discussions with the Assembly of States Parties, and other stakeholders of the Rome Statute system, on the real resource needs of my Office in order to effectively execute its statutory mandate.

“As we move towards the next steps concerning the situation in Nigeria, I count on the full support of the Nigerian authorities, as well as of the Assembly of States Parties more generally, on whose support the Court ultimately depends. And as we look ahead to future investigations in the independent and impartial exercise of our mandate, I also look forward to a constructive and collaborative exchange with the Government of Nigeria to determine how justice may best be served under the shared framework of complementary domestic and international action.”

The prosecutor said the investigation also showed the involvement of non-state actors such as the Boko Haram sect in crimes against humanity.

US Secretary of State Mike Pompeo, who announced the measure, said country “will continue to act when “religious freedom is attacked”.